Do you dream of traveling, but are worried about getting lost or into trouble, about traveling on your own or how you could take a gap year without ruining your future? Do you wish you had the courage of experienced travelers as we gallop around the world with nary a fear of the unknown? Well, you have that courage already. I remember standing in line at passport control for the first time, shaking in my shoes looking for a sign telling me not to go. I remember getting on the plane, psyching myself out that I was totally going to die if I went through the ordeal of traveling through Australia on my own. Because believe it when I tell you that we 'experienced travelers' were all once afraid to travel and all for different reasons. But when the world calls to you and your dreams beg to be made...you just have to take a deep breath and plunge forward. So come on in this year; the water is warm.

Thanks for visiting Lifelong Vagabonds! By viewing our ads you're helping us share more free travel tips!

1. I Was Afraid of Getting Lost

Before I traveled abroad for the first time at 22, by far the thing that I was most intimidated by was transportation: from hailing taxis to figuring out bus schedules, I was constantly nervous about getting stuck in a destination, getting lost, and not being able to get from my intended point A to point B. This was exacerbated by the fact that I was raised solidly in the suburbs: with the exception of one taxi ride when I was around ten and one subway ride on a trip to Washington DC around age fourteen, I had never experienced public transportation of any kind before traveling abroad. Once I got a handful of countries under my belt, though, that fear completely evaporated: subway systems? No problem! Bus schedules? Well, someone will always be there if I have questions. Taxis? Just know the going rate ahead of time. Now, I’ve been across the world in everything from tuk tuks to airplanes, shuttle buses to chicken buses, taxis to collectivos. These days, when I’m not sure how to get from one fairly major tourist hotspot to another, I operate on the assumption that obviously enough travelers have had this problem that some enterprising business will have come up with a solution. Next up on the list? I may try hitchhiking one day… maybe. No promises.

2. I Was Concerned About My Safety

The first time i tavelled solo far and away was to celebrate my college graduation. I went on solo backpacking around Indonesia for almost two months. My biggest concern at that time was to stay safe and stay on my budget. I guess I was afraid getting stranded somewhere without enough money or getting in a bad situation due to my poor judgement or unfortunate event. So I made sure I brought different form of payments with enough funds, I avoided any sketchy neighborhoods, and I exercised a good judgement during my travel. To my surprise, Indonesian are very kind and helpful people. I still remember how a stranger decided to accompany me at the break of the dawn while I was waiting for my ride to made sure that I was safe as a girl travelling solo, or the time when a college student offered me a free tour of Yogyakarta. All in all I believe that if you seek for a good adventure with genuine intention you will find a good adventure and meet good people along the way. Just like Rumi said "What you are seeking is seeking you". So don't be afraid to pursue your happiness whether it is a trip across the town or a trip across the world. You will be surprise what you will learn along the way.

3. I Was Worried Over Familial Obligations 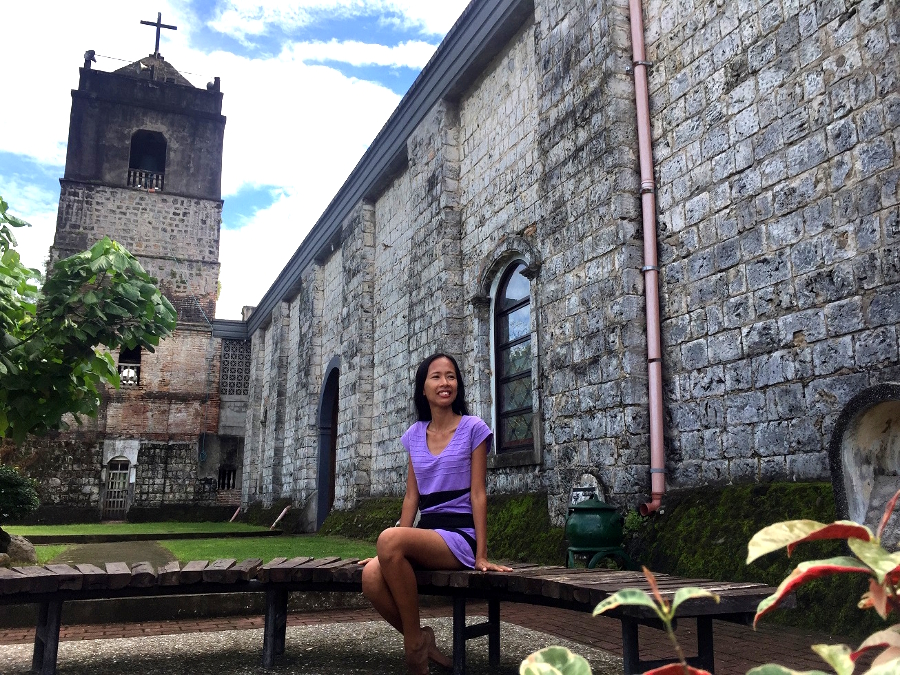 My biggest fear is not about the rapists and killers when I travel. It is actually how I can sustain my life financially on the road for as long as I can. Growing up as the breadwinner, it's always a struggle to pursue my passion to travel over familial obligations. An out of town weekend trip costs already a month's expenditure for my family's food alone. How much more for every trip abroad? However, I never gave up on both. I seriously honed my blogging skills and used it to work with brands I love. Now, I travel more (and free) than before because of sponsored trips. I also gave up my boring desk job in favor of freelance life. I get paid doing virtual assistance, social media management and writing. The best part of this is I can work anywhere with an Internet connection. I just recently did volunteering works in hostels in Thailand, Cambodia and Vietnam. I saved so much from accommodations and food by doing so. I think moving forward, I will be a Workawayer for my next trips. This means, more chances of traveling and proving myself there's nothing impossible to someone who works hard for his/her dreams to come true.

4. I Was Scared I Was Too Inexperienced to Be On My Own 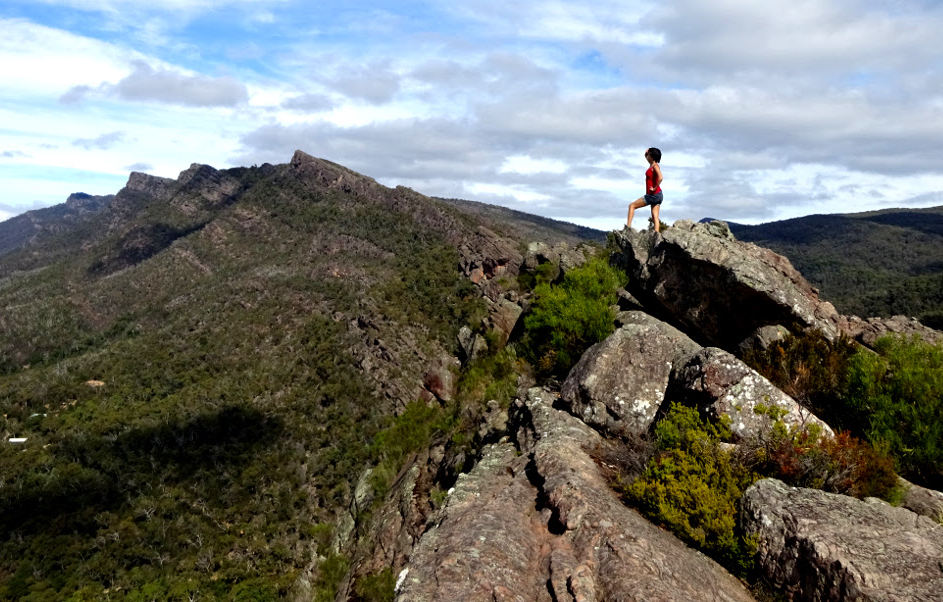 I have just finished a five year traveling trip where I confronted a mamma grizzly and her cub in Yellowstone, swam with 6' long sharks in the fierce waters of Australia, and jumped off a perfectly good bridge in a makeshift swing over some sharp rocks. And yet, I too was scared of traveling for the first time back at the start of 2012. I had recently dropped out of school, was currently living in my car due to roommate problems (let's just say there knives and gangs involved), and the only thing I knew how to cook was toast. I was absolutely useless and so forgetful and unaware of my surroundings. I seemed to collect bad luck like most people collect souvenirs and when I got on that plane, the bad luck didn't stop (almost lost my leg at one point). But it was countered with the most amazing sites and experiences and good will, that it stopped registering as bad luck a long time ago. That pathetic excuse of a human being I started out as, can now cook a freaking quiche. From scratch. I'm no longer terrified of going camping or swimming...as long as I'm not on my own. I can figure out how to ride a train and book a hotel. I can hitchhike on my own and not die while I do it. I've turned into a very capable woman, surprising myself greatly, and to the great joy of my husband's stomach. Turns out, he wasn't as keen on eating PB sandwiches for every meal for the rest of his life.

5. I Was Frightened of Becoming a Failure 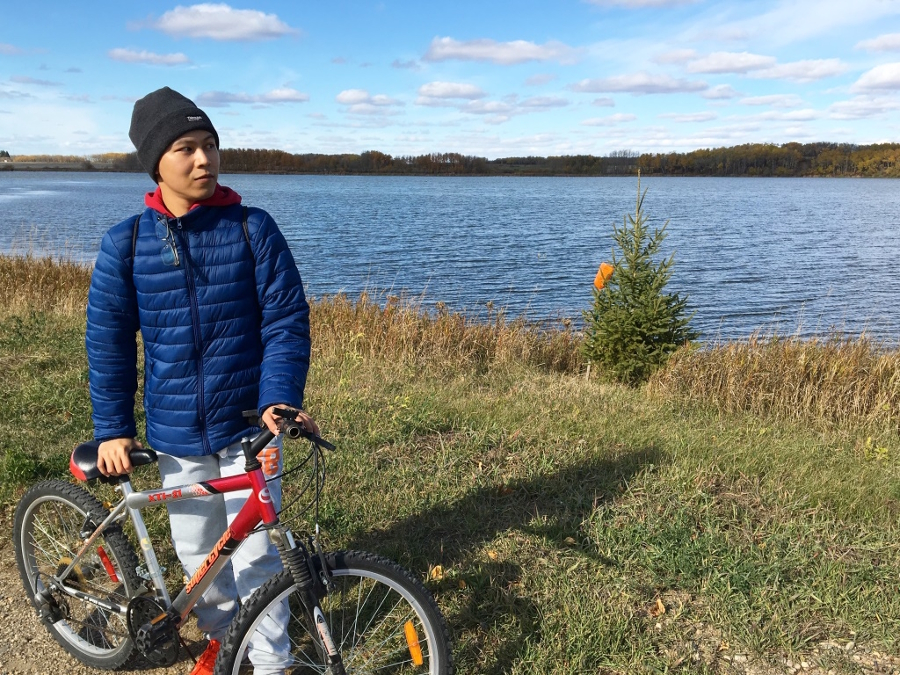 Coming from the Philippines (a third-world country), my family and I were never financially wealthy. So my greatest fear was not the potential dangers I might encounter while traveling; it was the possibility of running out of money before I was ready to go home - and eventually making a fool out of myself for quitting my office job in the first place. I've always loved to be out in the open while learning things about the world and myself, so I strove to save up even just a little so I could live on my own terms. Appearing like a failure in front of my family and friends terrified me. Six months down the line, I realized that, though my fear was not entirely baseless, I ignored the possibilities before me. Money wasn't my biggest obstacle. It was me thinking there was nothing I could do. When I arrived in Thailand (my first destination) in July 2017, I vowed to myself I'd do everything to stretch my dollar so I could travel for at least three years. And I did. I met a stranger who led me to Vietnam, then flew off to Canada, and am now preparing to visit Mexico. To fund my travels, I occasionally freelance as a Spanish-English translator and I volunteer for at least a month in the cities that I visit in exchange for free food and accommodation. I can't be any happier. I'm seeing the world, interacting with locals and fellow travelers, and learning so many valuable skills the office can never provide me.

6. I Was Nervous About Not Speaking the Language 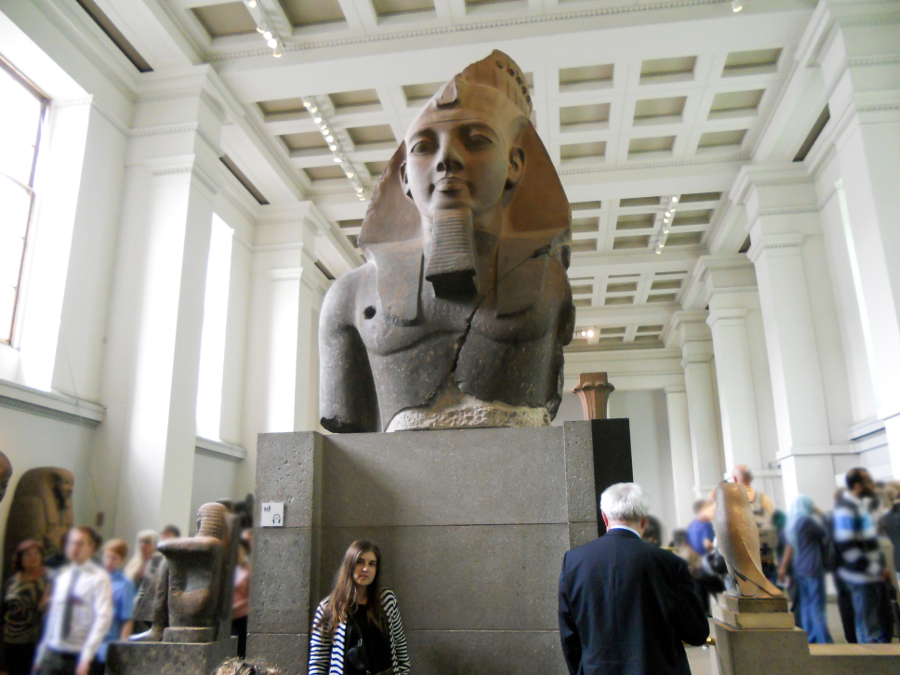 When I first started traveling, I had two fears: I was afraid that I would not understand people talking to me and I was scared I would get lost in the airport and in the place I was traveling to. And you know, your fears can come true. My first time in London, when I still was an unexperienced traveler, I stayed in a house far from the city center and the subway station. I was shown the way to the place, but when I was on my own, I took a wrong turn and… got lost! I did not have a map, so I kept asking passers-by how to get to the station, and, strangely, people did not know the way! I was so frustrated! I finally met someone who helped me to the tube, but since then I always carry a map with me. On my first trip to Spain, where not so many people speak English, I wanted to order take away. My God, it was so difficult to explain what I want! I tried to tell it in Spanish, but my knowledge was not enough, I used gestures, just to hear her finally say: “Take away?”. When in Athens, my sister, who knows just a couple of words in English, just said to the ticket seller: “Two tickets to beach”, and that was it! Language issues don’t bother me anymore, often it is enough just to point at the thing you need. Getting directions is tricky, but my map is enough for me. But, honestly, I still don’t always understand British people, so I just nod and smile.

But in the end, we were brave enough to fly and here we all are - still alive, well, and knowledgable travelers ready for the next adventure. 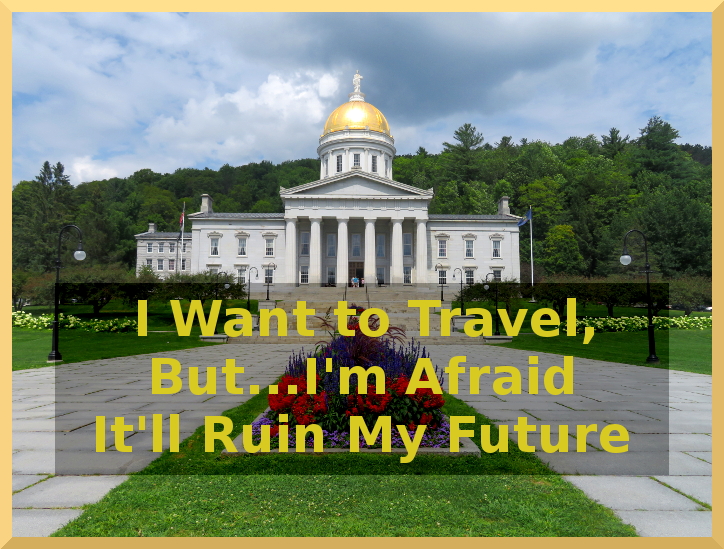 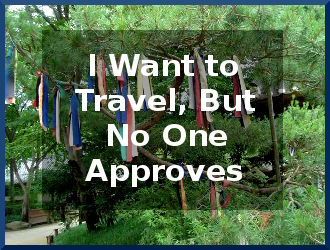 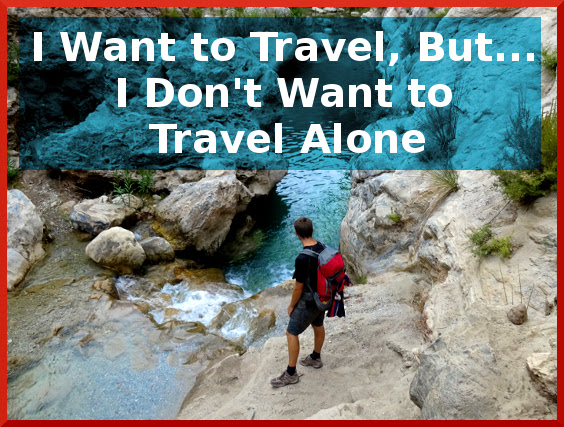