Sony Cybershot WX350:One of the Best Cameras for Travelers

Every time I used to use my camera, I would complain about something or another not working. Oh, it's too heavy and doesn't fit into my pocket. Oh, the photos never come out well enough. Oh, the zoom has stopped working again (though to be fair to it, that was more than likely due to all of the sand I accidentally got in to it when I ran from an angry sealion chasing us). But whatever, the point is that I didn't like the camera that I was stuck with. Nevertheless, being the cheapskate that I am, I didn't want to get a new one. But my husband got fed up with me complaining about it all the time and so when my birthday came around, he simply ignored my claimed desires and got me a Sony Cybershot WX350. Which I absolutely love. I mean, it might not be 100% perfect, but that's love isn't it? Being aware of one's faults but loving him - er it anyway. :P

Unfortunate, but necessary ad break so I can keep supplying you guys with awesome information and fun entertainment. (:

So what exactly do I love about the Sony Cybershot WX350 camera? 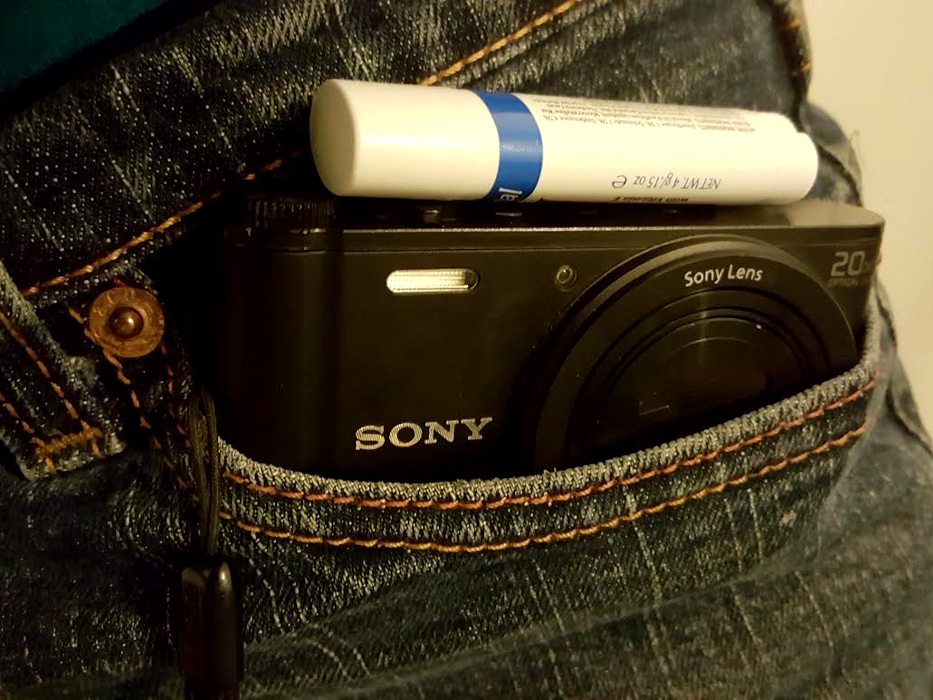 Weighing in at only 164g and with the measurements of 25.7 x 96 x 54.9mm, the Sony Cybershot WX350 reviews very well in the size department. It's small enough to slip into the front pocket of some tight jeans (though I probably wouldn't trust it to stay there if I was going for a run) and light enough to stay there for hours without being an annoyance. However, given its price and my clumsiness and Rob's desire for me to take care of it better than I did the last one..., I always keep it in its own semi-hard case. This case does not fit into said jeans, but even with it the Sony Cybershot WX350 is still light enough that it's not even a hassle to take on a random walk around town.

The photos above can say everything way better than I can write.

Having a good zoom was one of my must haves when getting a new camera. I love taking photos of wildlife, but I also like not being mauled by a sea lion or regular lion or tiger. I've yet to encounter the latter two in the wild, but I think it's a fair assumption that my preference to capture a beautiful beast unscathed will still be the same when the time comes. It also has a 40x digital zoom, but according to Rob that feature is useless given it's just like taking a photo and then cropping it on a computer. I've just taken his word on that given the 20x optical zoom is normally more than enough.

I haven't actually timed the battery life on the Sony Cybershot WX350 as it turns off on its own after a few minutes and I think that's a waste of battery life and my time. However, I have taken it on a three day hike and it only got down to 1/2 battery (though that was using it carefully - as in only 500 photos of ibex and mountains instead of 1000, no joke...). I've also taken it on a three hour long whale cruise, where it was on pretty much as soon as we left the harbour because I never knew when they would show. It then stayed on until we pulled back into dock because I was super hopeful and still so excited. In the year and a half since I've had it, I've never had to worry about running out of battery life as long as I charged it up completely right before we headed out.

To be honest, I just found out the price of the Cybershot WX350 when writing this review - something I'm quite happy about given I would never have gotten it otherwise being the cheapskate I am. However, after having it for over 1.5 years without any problems (minus a slight hiccup two months ago that seems to have fixed itself now - the buttons thought they were clicked when they definitely weren't), we're looking at having spent 50p a day. In addition, we've been traveling nearly the entire time. I've taken it to five different countries and used it for over 10,000 photos easily. The buttons are still readable and the original battery still working fantastically well. So if anyone's looking for a great valued camera for your travels (or to get someone as a gift), then this is definitely the one.

*The camera has other great features, but if I covered them all, this post would go on forever. Besides, this way you can still enjoy some nice surprises.

And the imperfections of the Sony Cybershot WX350 camera are: 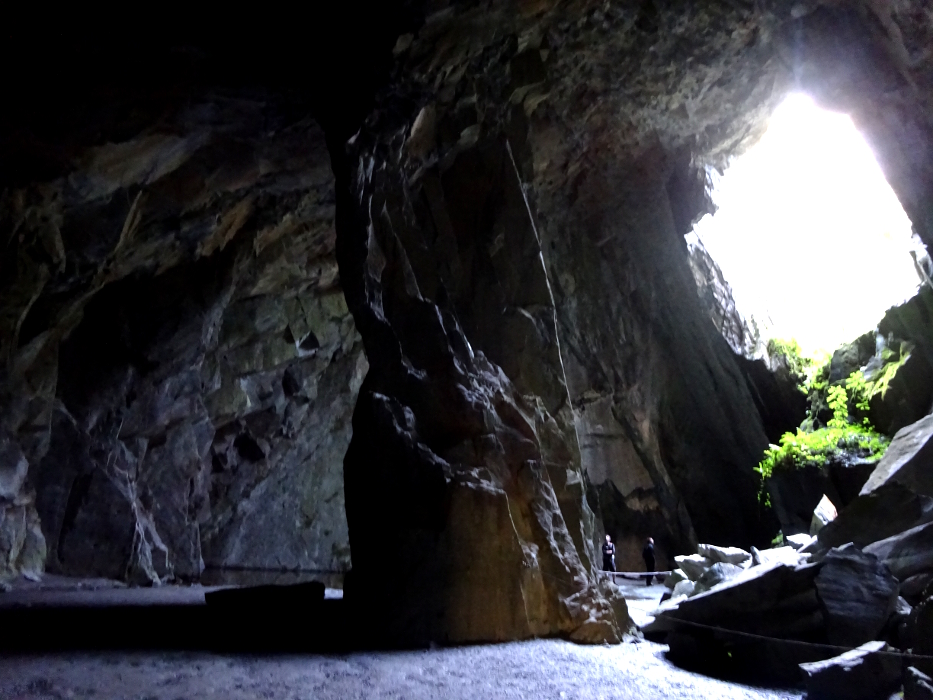 The camera is almost useless when there's mixed lighting. For instance if you're taking a photo of the outside from inside a cavern, the quality of the shot is fairly low. Same if you're taking a photo on a hazy day, if half of the shot is in shadow, etc. Sometimes you just have to enjoy the moment and not always be obsessed with taking photos, though. So given my obsession with this, this imperfection is actually pretty good for me as otherwise I would never really enjoy the beautiful places I've been.

As unfortunate as it is, the Sony Cybershot W350 cannot take a macro shot in the slightest. It focuses on the wrong item despite how much of the view it might take up and despite how forward it is compared to everything else. The camera does have a macro setting, but I have no idea why as it's completely and utterly useless unless you and whatever it is you're taking a photo of stays still forever and can sacrifice an offering to a deity that actually cares enough to help you out.

3. That Crap it Does With the Delete Thing

If you're the sort that leaves all of your photos on your camera, then this doesn't make a difference. However, if, like me, you delete the photos once you copy them onto your computer or hard drive, then this feature of the Cybershot WX350 is slightly annoying. I'm not sure why, but when I first started using it, it didn't do this, but after a couple of months and from then on, it deletes the picture but not the file. So instead of going back to 0 photos cached, it has 287 black slides to manually delete or flick through. This is easily fixed by formatting the camera each time you copy your photos over, but if you forget to do so and then take a few photos...you're either stuck with the black slots or decide to lose the new photos. Luckily, however, the black files do not transfer to your computer. They only seem to show up on the actual camera.

3. Videos Not Saved With the Images

Again, not sure why it does this as it didn't do this when I first got it. I'm not sure if I just accidentally messed with the settings or what. Regardless, any videos I take with the Cybershot WX350 isn't filed under DCIM, but rather under MP_ROOT/100ANV01. This is really annoying when I copy all of the files over and then format the camera only to remember about the videos being in a different freaking folder. Luckily, I haven't really got into making videos yet for if I did I'd be more than highly annoyed if I lost something special.

The camera going from fullscreen to widescreen is only a slight annoyance when shooting a video. However, it does still cause me to roll my eyes every time I go to take a video and then have part of the top and bottom cut off. Urgh. lols.

In my honest opinion, the Sony Cybershot WX350 is one of the best cameras for travelers. Its small size means it's never left behind even on our longest and toughest hikes where weight means everything. Its high zoom ability means travelers don't have to get dangerously and disrespectfully close to wildlife or into sketchy situations concerning cliff edges or wobbly structures. Its long battery life means I can take it on multi day hikes without any worry of missing the perfect shot on the third day. However, if you're big on taking macro shots or like to shoot in a mixed lighting setting, then this camera is unfortunately not for you. For more product information on the Sony Cybershot WX350 check out this link.

Have you tested the Sony Cybershot WX350 camera? What are your thoughts about it? Do you have any other questions I haven't covered? Feel free to ask away in the comments below!